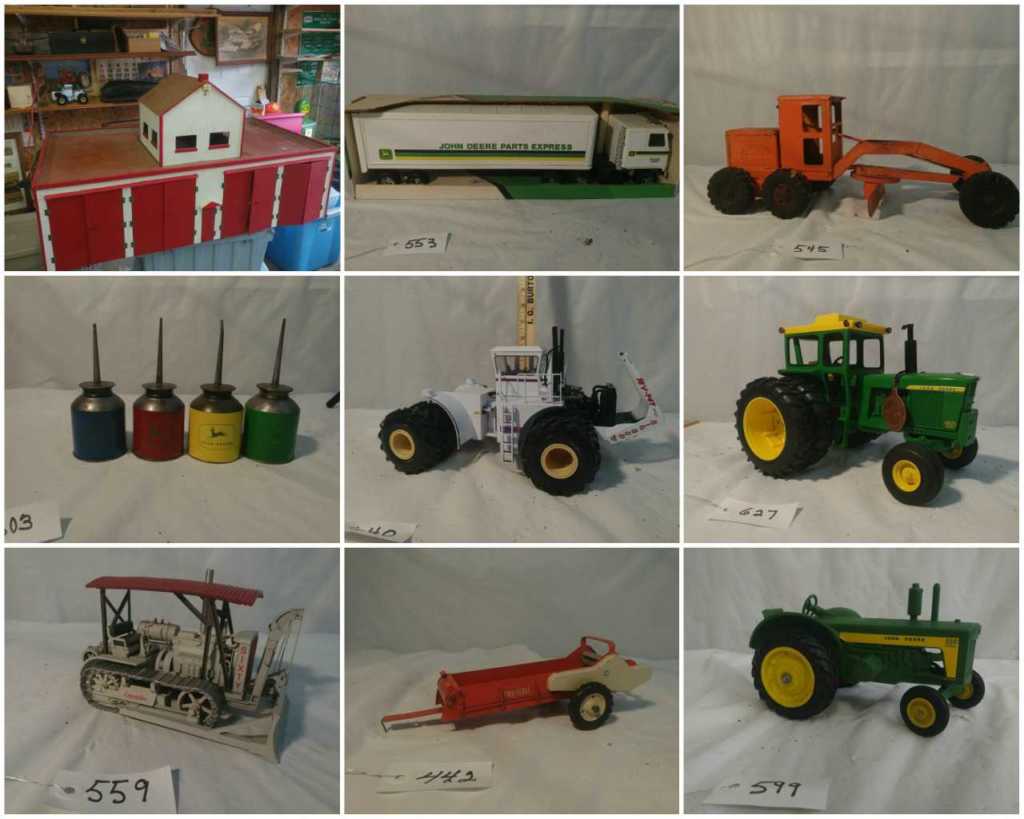 Farm Toy & Memorabilia from the Collection of the Late Mr. Thomas “Biddy” Trice of Denton, MD. This will be a Live with Online Bidding Auction (this may change due to COVID-19 restrictions)

Biddy was a late bloomer when it came to collecting farm toys starting in the late 1990s, he travel around the country to attend auctions to buy farm toys. He was an avid John Deere fan but found all brands of interest when it came to collecting farm toys. He was also an fan at making pedal tractor pulls happen at local events around the Delmarva Peninsula as shown his collection he not only enough small farm toys he loved his pedal tractors showing them annually at several events in the area such at the Delaware State Fair. Biddy loved finding unique and custom toys, such as his Oscar Mayer Wiener Mobile Pedal. One of the most prized pedal he owned was his Original John Deere Model A, that left untouched from the day he purchased it.

Biddy and his collection was featured in the Toy Farmer, interviewed by Machinery Pete and was on a local TV station segment called Travels with Charlie.

Biddy or dad as would called him would love nothing more than having other collectors new or old to enjoy his toys as much as he did.